Alongside all of the millions of stories that I haven’t yet read, and the millions more still to be published, here’s a book that offers a tantalising glimpse of what I’ll never be able to read. This collection of essays describes literature that exists only as fragments, or even as rumour.

Imagine that – texts with such an impact that readers have described them in their writing.  Then, future generations, having failed to trace the originals, have also described what they know.  Are these myths about myths?

So, I’ve been reading a book about books I’ll never be able to read, instead of writing my own stories?   Put that way, it seems like I’ve discovered a new level in displacement activities.

But, these aren’t any old lost texts.  The compiler of these forty-four essays, Professor Bernard Richards, sub-titles them, ‘Unpublished Masterpieces by the World’s Greatest Writers‘.  According to his index, the Greatest Writers start with Virgil, and finish at Gabriel Garcia Marquez.  I might be inclined to argue for a few additions, but that’s another blog-post.

When they’re done well, stories about stories are a fantastic resource for the creative writer.  Learning the background to author and text, and putting writing into its historical context, can reveal fresh layers of meaning.

Might Chaucer’s Canterbury Tales be complete?  Put aside the traditional speculations about why he never finished them, tantalising as they are, and what happens to the way we understand them?

Helen Barr, proposes that, thinking about the way the characters arrange and conduct themselves offers another, ‘more plausible explanation’ for the way the Tales abruptly end.

While the Parson’s Tale and The Retractions provide a decorous holy close to the storytelling, the preceding unruliness, purposefully or not, casts doubt on their sincerity.  In a perfect world The Canterbury Tales could be “finished”.  With its interleaving of play and devotional earnest, Chaucer’s narrative delivers a world that is fallen.

Where an author’s reflections survive, we can learn more.  Italo Calvino said of his unfinished manuscript, Il bianco veliero.:

‘…the heat of inspiration – too thin anyway – with which I’d started out writing it cooled along the way, and I decided to finish the book more out of the pig-headedness of not wanting to leave anything unfinished than because I was really keen on it.‘

I can identify with that.  But, does all that writing have to go to waste, then?

Well, consider Stephen King.  His fourth novel got out of hand.  He’d started writing about the abduction of Patty Hearst, in 1974, but kept flowing off that plot.

…from the piles of screwed-up typescript pages in King’s waste bin emerged one of his most memorable recurrent characters, Randall Flagg – also known as the Dark Man, the Walkin’ Dude, and the Ageless Stranger, among other names… 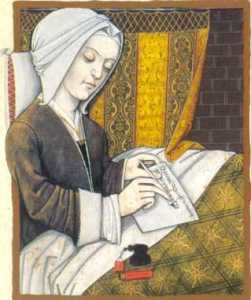 So, part of my joy with these essays is the way they offer multiple views on how writers work, and why they work.

The other thing, is that dipping into this collection, and I do find it’s a dipping-in kind of book, I learn how many more classic/great writers I still have to read – probably starting with some of their completed texts, now that I’ve had the spoilers.

Or should I say, now that I’ve been given the key to reading them? 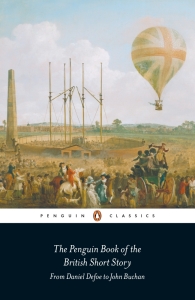 For the last month I’ve been  discussing two stories a week from Volume One of The Penguin Book of The British Short Story edited by Phillip Hensher, (phew, that’s a mouthful, isn’t it) with one of my creative-reading groups.  It’s been a revelation, and I speak as the owner of a long shelf of some excellent short story anthologies.

This book takes such an historic view of the form, that we’ve only just reached the point where the term ‘short story’ is beginning to be used. The anthology opens with  Daniel Defoe’s pamphlet, A True Relation of the Apparition of Mrs Veal, written and published in 1706.  Yet Hensher says:

The term ‘short story’ only occurs towards the end of the nineteenth century, although it is difficult to be quite sure when: the OED‘s first citations, which are from 1877 and (Trollope’s autobiography) 1882, seem to use the phrase as an established usage.  To a surprising degree, authors of the time do seem to regard it as a much newer form than the novel.

His twenty-six page discussion on the reasoning behind this anthology, is one of the texts that I would recommend the collection for.  It covers a lot of ground, and for the writer or the reader, provides some interesting ideas about, for instance, how short stories can work:

One of the very striking aspects of the British short story, as revealed by the experience of reading through weekly news-orientated journals, was its capacity to react immediately to events of the most public order.  Novels seem to take a few years to ruminate over the news, to develop the impact of social changes or dramatic public events on lives.

I’m a late convert to introductions, and like any transformed personality, I’ll grab any opportunity to share the results of my epiphany.

So, let me start by suggesting something radical: despite its title, you don’t have to read an ‘introduction’ first.  For novels, I generally leave them until later, and then find myself dipping back through the pages to track down the intriguing references and compare the writer’s conclusions with my impressions.

And that brings me to my next point.  We don’t have to agree with the introduction.  It’s all too easy to feel that because someone’s ideas are printed in the front of the book, they’ve got the definitive view on what the main text says, or does.  Not so.  In the same way that two people looking out of the same window (or three, four or more, come to that) will observe the view in distinctively individual ways, no two readers will understand a piece of writing in precisely the same light.

Our tastes and histories colour the way we understand stories.  This becomes clearer to me with every creative-reading session that I share. Even when we’re discussing a text that I’ve covered with another group, or groups, I discover new responses to the readings.  That’s exciting: it’s challenging.  I like the idea that stories speak to a wide audience on a variety of levels, and that they don’t have to be short-lived, disposable artefacts.

Some, though, are.  That’s fine, I read and enjoy those too.  What an introduction can do, is provide me with a little guidance, if I want to look deeper.  If someone else is giving hints about hidden depths, I’ll go back to stories that I might otherwise have passed by just the once, and opening one of those up is my idea of a treasure hunt.

From all of which thoughts, I’m lead to the interesting conclusion that introductions to story anthologies are the opposite of spoilers.

He grew strong on the farm.
Was handy shovelling on the right side
or the left.
‘Worth a bonus, that,’ old Fred said,
as they emptied the pigsty,
‘if we were navies.’

Best of all he liked tractor work,
sitting in the cab with a fag
and the radio.

His world was the turning of turf,
a shiny plough-share slicing a neat row
from hedge to ditch.

Does that sound like a confession?  Maybe it is.

If I don’t make every meeting it’s because sometimes I’ve not caught up with myself.  Otherwise, one evening per month should be achievable, and it’s etched not only in my diary, but into my memory.

I look forward to my two hours with Miki Byrne, and the gathering of local poets she hosts.  Some are published, some are not.  It doesn’t matter which any of us are.  One of the best things about the various writing groups I’ve been to is that our interest in writing creates a common ground, and a safe space to experiment in.

I think of myself as a prose-writer, but I do love poetry.  There are poems that I go back to over and over, at critical moments, or for reflection, mood, and inspiration.  Want to write with economy, depth and precision?  Here’s a  form of literature that demonstrates some of the most intriguing and exciting ways it can be done.

In the poetry group we share the risk of words.

And I do mean risk.  My adrenalin flows.

I go to be challenged.  A topic is introduced.  I start with nothing, but a warm-up writing exercise soon provides ideas.  As the exercise progresses, I untangle the threads of my thoughts, take up one of them and follow it.  I don’t know where it’s going, or what I’m going to say, but along with everyone else, I’m writing myself into a scenario.  Images are forming, building, becoming something I’m intrigued by, linking into ideas that matter to me.

We’re all in the same boat, with the same supplies, yet we each produce something individual.  Yes, these pieces are rough, but they’re first, or at most, second drafts.

We read them out, half-made as they are.  That’s not about bravery, it’s a chance to get some instant feedback.  This is not the time for in-depth critiques (that happens at a later stage), the audience and I are hearing my words, as I will hear theirs, for the first time.

Sharing gives us some ideas about important questions, such as:

Everyone reads, maybe initially that’s because everyone else reads.  But ultimately, in my observation, they read because not to read is to miss-out on a vital part of the process.

The poetry group is giving me a portfolio of ideas to work on, ideas that I might not have stumbled on, drifting along on my own. Some may not go anywhere: but I go back to most of them, sooner of later.

Vibe alone for a while

The Blog With No Name

Writing with no particular topic or agenda.

Journey Through Pages Of A Book

of things caught in the driftnet

Sponsored by the Stony Brook University Program in Writing and Rhetoric: Promise of a Greater Community

Simplifying complex parenting issues and solutions for managing complications in pregnancy and delivery, breastfeeding, sleep, mental health and well being

A Librarian and Her Books

Literary Musings from a Casual Reader

Come view the world from my loft

An online book of information, knowledge and news

My journey on the Path less traveled. Introverted survivor of childhood abuse using writing to “Bring on the thriving!” A little lopsided sometimes, stubborn, but smart enough to know it’s time to truly heal! 🙏🏻❤️