Last week I accidentally discovered how to ‘like’ comments that are left on my blog. I’m not sure how long this facility has been available, though for several months  I’ve had likes from other bloggers so for sanity’s sake, please don’t tell me.

I’d looked, in what I considered to be logical places, for a ‘like-button’.  I’m not sure my

brain is wired for technological logic, because when I didn’t easily find it, I assumed that the other bloggers were subscribing to a more sophisticated version of WordPress and gave up.

I should have checked the help page, of course, or asked on some forum.  Except that takes time, and in the bigger scheme of things, does it matter if I’m not quite au fait with all the bells and whistles?

I’ve thought about that.  I’ve been feeling uncomfortably bad-mannered over not returning greetings.  I’m glad to get responses, so I’m sure you appreciate some recognition too.

Besides I like the etiquette of blogging, that ether-level connection I have with other people posting from all sorts of exotic and local places.  It feels like a meeting of minds to connect with the words, and occasional pictures you post.  I want to get it right.

I’m like that about stories, but I give time to my reading and writing.  I study those bells and whistles, figuring out how they function, and seeing how I can apply them.

I suppose I’ve been thinking of this blog as being part of that creative process.  Not only because committing to a Monday morning post provides me with a weekly deadline, there’s also the challenge of finding my subject, then composing and editing it.  These things feel like good practice for a woman who already has too many hobbies and ambitions that are firmly fixed on wordsmithing.

So I’m not making any rash promises about exploring all the gizmos of the blog world.  I’ll only ask for your patience if I’m a little slow on the up-take.  Sometimes, it takes me a while to catch up with the rest of 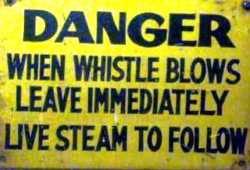 Don’t look now, but I’ve just stepped back into the blog room.

I’ve been working up the courage for this over the last couple of weeks, wondering whether to go for a shame-faced sidle back into view, or some kind of extra-large, brazenly arm-waving sparkling and unapologetic tad-da.  I’ll leave you to decide where this post comes on that scale.

Work: researching, preparing and delivering classes.  I have to admit I’ve been having a lovely time.  The reading and the writing combine advantageously.  I’ve learned loads, and have notes for all sorts of new ideas.

And, on the practical front, there are all those blah, blah- economic – blah, blah reasons for being able to pay bills.  But in the course of the last two weeks, while I’ve been running smaller classes, and have been discussing managing-time-for-writing with one of my groups, it’s occurred to me that I’ve not been practicing what I preach.

My student, Alice, who’s writing a quirky and engaging YA fantasy story/novel, is self employed.  She spends long days on her computer, and loves her job.  It involves skyping with people in other countries.  She often brings into class snippets of fascinating information about languages and lives.

Detail from, The Persistence of Memory by Salvador Dahli

She comes to class bubbling with story ideas, but struggles to find time for writing them.  Her homeworks, beautifully worded, tend to be fragments.  On busy weeks, she brings in something from an old notebook.  When I ask about her YA novel she says, ‘I really want to get it finished, but there’s not time now.’

‘Make time,’ I tell her, and suggest a simple plan.  ‘Five minutes writing every day,’ I say.  ‘You can fit that in can’t you?’

She agrees.  In fact she likes the idea, it could replace the internet browsing and shopping she usually does in her lunch hour.

Writing, I remind myself is not just about inspiration, it’s discipline.  I to have been drifting since Easter, filling my time with what are, when I’m honest, displacement activities.  What I need is a realistic timetable.

The reason I had to cut blogging out last September was because I’d stopped thinking ahead.  Excuse me while I take a justifying side-track to say that I also abandoned Facebook and the twitter account that I’d been attempting to master…

Well, this morning I’m taking control.  I will get back to blogging regularly.  Five minutes a day is apt for me too.  So hello to anyone out there.  Thank you for your patience.  I’m making a resolution to be consistent, so I hope you’ll continue to drop by.