We’re at a local fete.  Lots of people drifting round stalls, greeting, sipping tea and eating cake in a sunny vicarage garden.  The story teller wanders in.  He wears a big woolly hat and bright, Caribbean style beach clothes.  He carries a drum.  Heads turn, but he doesn’t seem to notice.

He settles on a low stool under a broad leafy tree, crosses his legs around the drum and taps out a soft, regular, rhythm.  Children pause and turn to look.

The Story-teller speaks, just loudly enough to be heard above his drumming.  ‘The Mosquito,’ he says, ‘had a beautiful yam.’  An audience begins to form.  With a gesture, the Story-teller encourages them to settle around his feet.

His drumming builds into a crescendo, then dies away and he says, ‘The Mosquito boasted about his beautiful yam to everyone.  They were so impressed that they all came to his house to taste some.’

His audience has expanded to include adults, standing.  A few are parents, waiting within reach, but they’re listening too, to the story of a boastful mosquito.

The Storyteller slaps at his drum and calls out in the neighbour’s voices, ‘Let us in, Mr Mosquito, and share some of your wonderful yam.’  His drumming softens and, he tells us, ‘Mr Mosquito was terrified.  He stayed behind the door pretending to be out, but the neighbours wouldn’t go away.’

The Storyteller pounds at his drum and raises his voice.  He says, ‘They said, “We know you are in there, Mr Mosquito.  Why do you not answer us?”’

“What?”’ The Storyteller calls out above the heavy beating of his drum. “What is that you say?”

The Storyteller pauses, and into our silence he loudly sibilants, “Zzzzz.”

We are all wide-eyed.  I am vaguely aware of the fete, busy behind us, but, what is going to happen now?

Our understanding of the shape of a tale is something we practice from the moment we learn to communicate.  Once we can begin to say, this is what I want to do, or this is what I have done, or even that he or she did to me, we are putting together narratives.  If we’re lucky, someone has already been regularly reading to us, or even telling us stories.

The traditional stories I grew up with, European tales, were sculpted for the page. Stories from other cultures often don’t work in the way we’re used to.

Kulchalee, The Storyteller, drew his story to a close in one line: ‘And that is all Mosquito ever said again.’ 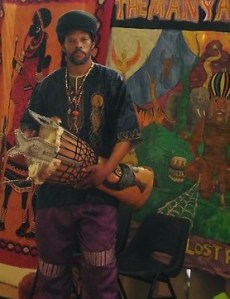 Rantings of an over emotional and over thinking mind..Hop on and ride along!!

The author, his books, and his blog

A Blog for the emotional readers,Come & Find your Rising Sun here

Prady On The Beat

Jack of all trades, master of few

Some for the soul

Inspiring others through the written word, fictional blurbs & documenting my writing process from scratch.

Vibe alone for a while